Published by Gwynneth Anderson on October 13, 2009 | Leave a response

Below is an unfamiliar carving that looks very much like a Finnish family crest. It was found on a Woodmen of the World headstone dedicated to David Lunden, born 1875 in Finland. Lunden later emigrated to the US to find work in the Black Diamond coal mines. On November 6, 1910, an explosion rocked the Lawson Mine, causing a slope cave in. Sixteen miners were killed that day, including Lunden who was working as a fire boss. Records show that most of the miners earned less than $4/day for their work. 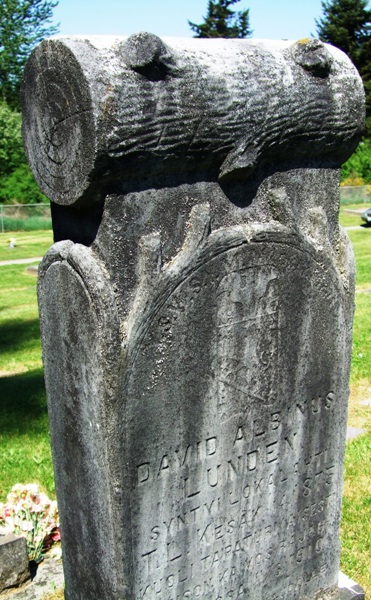