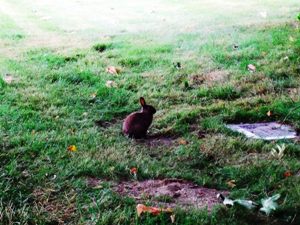 Cemeteries attract all sorts of visitors, although some are more surprising than others. The same can be said about old tombstones. Just when you think you’ve seen everything, something new comes along.  In King County, it’s common to see a nod to both the rustic pioneer and classic Victorian. (See The Secret Garden  for a traditional English Victorian  cemetery).

One of the more striking sights are the tree stump monuments, courtesy of the fraternal organization called Woodmen of the World. Joseph Cullen Root started the group in 1890 after he was inspired by the idea of woodsmen clearing the forest for their families. 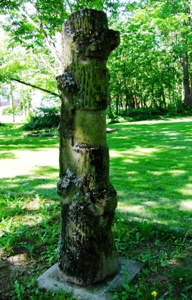 The memorial stone was an early membership benefit and while tree stumps had already been a relatively popular sight, the organization’s 1899 adoption of the design as an emphasis of equality and commonwealth, pushed the stone further into the public eye. 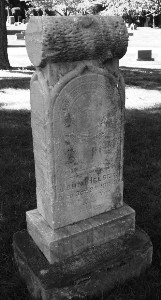 Varying in shape and size, these tree stump carvings can be so life-like, that it’s sometimes difficult to tell the stone from the real thing. 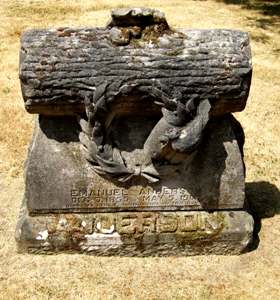 Books  – either open or closed – are also frequently seen in the older cemeteries. 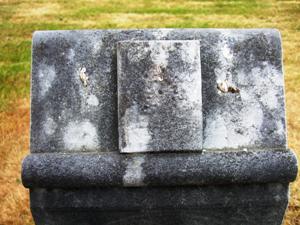 A closed book can represent a life ended, the Bible, or even virginity while an open book signifies registering the name of the deceased or even the human heart open to the world and God. (1).

Keep in mind that there can be a variation of carvings added on, such as “At Rest”, the gates of heaven and a dove, Calvary and even a draped cloth to indicate the veil between heaven and earth.

Additional Victorian draping styles, some with surprisingly intricate details, span the social strata by appearing in many of the local cemeteries. 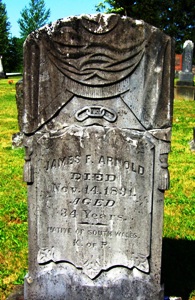 Comet Lodge has one of the few, fully draped stones….

…While Saar Pioneer has a stone that’s etched, rather than carved. 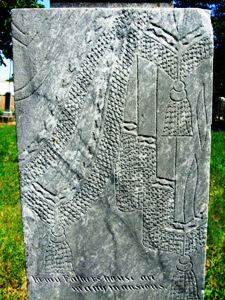 As a final note, a stone representing the rustic, but not necessarily Victorian, stands as a monument to the village blacksmith. Or for those looking for more dramatic interpretation: “The anvil, primordial forging of the universe, an attribute of the Roman storm and Norse thunder gods Vulcan and Thor. In Christian symbolism, the anvil is an attribute to St. Eligius, the patron saint of blacksmiths.” 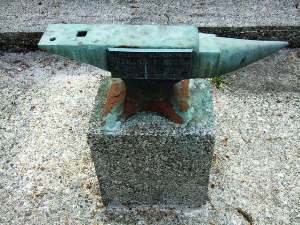 Coming up next, the carvings share their secrets – Part IV