Published by Gwynneth Anderson on September 13, 2009 | Leave a response 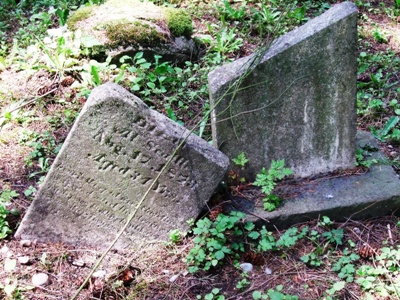 Cemetery issues shot to the forefront of American consciousness when headlines broke the Burr Oaks scandal this past summer. Body dumping and plot re-sales for extra cash shocked locals and veteran police officials alike who were at a loss to fathom how all this could have happened without anyone noticing.

More shocking was the glaring realization that the vital links to a community’s past had disappeared into a back lot pile of broken stones and bones. 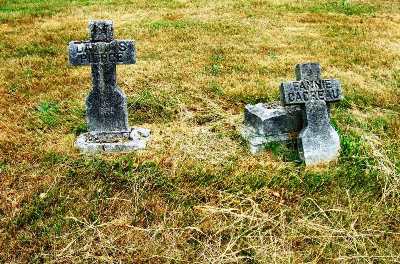 Families typically assume that a loved one’s interment spot is a given for time eternal – or for at least as long as the endowment funds last. But the reality is that families die out, move on, or simply lose interest in visiting the grave of a relative no one can now remember. Aside from intrepid genealogists or local historical societies, headstones are lost, become overgrown or fade away into the dirt.

Out of sight, out of mind. 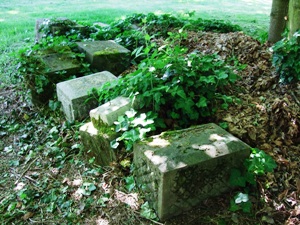 If there’s been any good from this event,  it’s the wakeup call reminding Americans that these old cemeteries are some of the few remaining places where community roots can still be seen firsthand. No museum admissions, no special collections protocols, no dusty books – the cultural heritage is accessible to all.

Lose these sites and the historical links will also disappear.

Yet there is another way to vanish a cemetery and that’s when modern life crowds out all but the immediate short term. For example, for those living outside of Washington State, the term “Pacific Northwest” immediately brings Microsoft, logging and rain to mind. 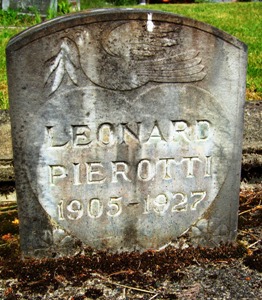 Yet what many don’t know (or were never taught) is that coal deposits in King County were once so rich, local mines were called “The Pennsylvania of the West Coast;”* that early Japanese settlers played an integral part of what’s now one of the biggest tourist spots in Seattle – Pike Place Market; or that at one time, the largest hop ranch in the world was located in Snoqualmie, complete with seventeen hop cooling barns and twenty-one driers, each measuring approximately twenty-four square feet.**

The map below details just how isolated these communities were from each other before the advent of cars and drivable roads. Yet somehow, they all combined to make an irrevocable impact on Pacific Northwest history. How did it happen?

Black Diamond, Auburn Pioneer, Lakeview, Woodinville – these are just a few of the old cemeteries patiently waiting to tell their stories to those willing to poke through all the overgrown, scruffy weeds.

Coming up next, Part II: Six King County cemeteries in the spotlight

*McDonald: The Coals of Newcastle: A Hundred Years of Hidden History. Seattle, 1987. Pg 27