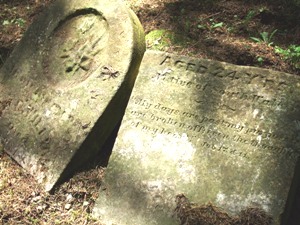 Weather, vandalism and maintenance are the three biggest challenges facing old Pacific Northwest cemeteries. Unlike the granite headstones that are seemingly impervious to practically anything except an earthquake, sandstone carvings do not endure rainy winter seasons very well. In many cases, intricate carvings are melting away while marble is only slightly better at handling industrious molds and lichens. 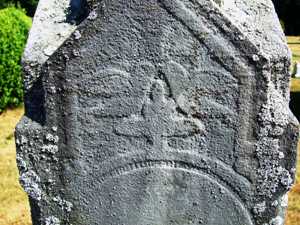 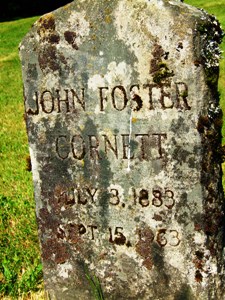 Naturally, the original wooden markers stood little chance of enduring the local climate. Most rotted away after only a few years’ time, leaving little trace of the burial site while ground heave from occasional frosts, have left their mark on the later plots. 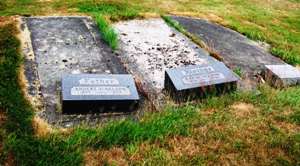 Often, vandalism speeds up the cycle of disintegration while theft simply clears out the more unique headstones. For example, the founder of Saar Pioneer cemetery buried his wife Margaret in the present day cemetery location because a flood prevented him from reaching the already established site.

Poor Margaret’s headstone has been missing since 1979. 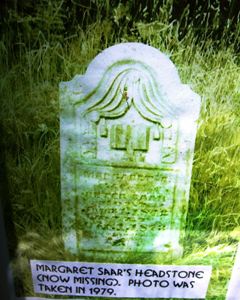 But while some missing stones might be gone forever, a few do manage to find their way back.

The melancholy headstone for the Kato family in Auburn Pioneer Cemetery, once had four jizo statues to represent the four tragically murdered children. At one point, three statues went missing although eventually, one was rescued from its new career as a local garden gnome. Today, the two jizo patiently wait to be reunited with the others.

There’s also been some good news on the restoration front. In Tolt Cemetery, family memorials were reset in cement… 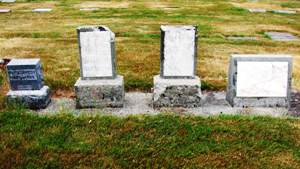 …while replicas of missing stones from Saar Pioneer Cemetery were carved out of sturdy kitchen granite and donated by a generous resident. Additionally, the Veteran’s Administration has helped replace many of the illegible Civil War military markers. 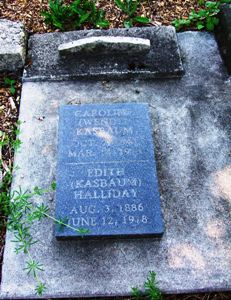 Other restoration news involves a painstaking, but highly rewarding, cleaning process. Karen Bouton of Saar Pioneer Cemetery, has spent countless hours washing down stones with a mild, anti-algae cleanser. Approximately eight hours was needed to clean each stone and the results span the proverbial difference between night and day. 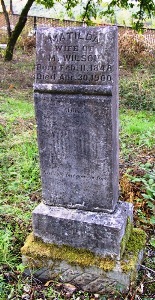 While this method hopefully puts an end to the all-too common, but very destructive, wire-brushing, power-washing and bleaching options, there is one location where cleaning is not necessarily recommended at all – Auburn Pioneer. 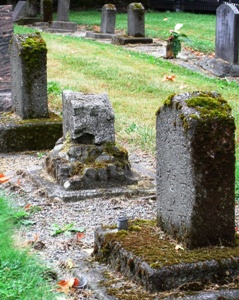 Washing the growth from the cement markers could not only further damage the stone, but also remove much of the zen character given by the moss and lichen. In this case, the caretakers would prefer finding someone to copy the old kanji writing for translation before it disappears forever.